The reason why backups and imaging tools never go out of style is due to the fact that magnetic media fails, flash media fails, storage arrays fail and once in a while users fail. The good news is that Windows 7 improved in several areas and one of them was better backup options like imaging. The focus of this tutorial will be to demonstrate the creation of a system image only using the tools provided by Windows and the steps need to restore a system using the image. The first portion of this tutorial will focus on creating an image, the second portion will cover the restore process. Microsoft defines a ‘system image’ in the following way.

A system image is an exact copy of a drive. By default, a system image includes the drives required for Windows to run. It also includes Windows and your system settings, programs, and files. Source: Microsoft

Think of a system image as a one time complete backup only to be used in special events and the kind of event I am talking about refers to :

Keep in mind that you can only image the drive that holds Windows also known as the C: drive.

Start by going to Start > Control Panel > Back up you computer > Create a system image Or just type: backup on the search bar.

Choose the location where the C: drive image will stored. Your options are to either save the image in: other hard drive, DVD, or network location. This tutorial will store the image in a second internal drive. Also known as the E: drive. 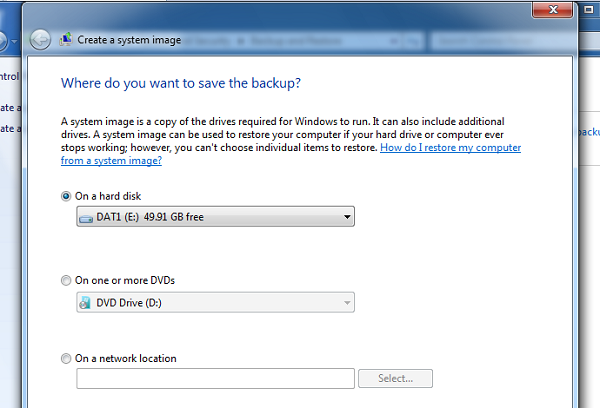 Select the drive you wish to include in the image. I only want to image the C: drive. 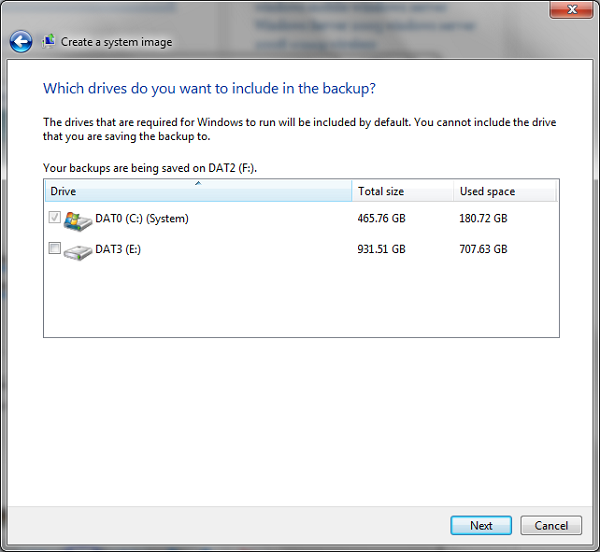 The image is being prepared. 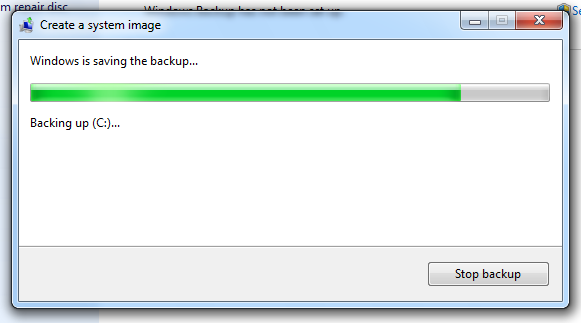 Confirm this the correct backup location and drives to be included in the image. 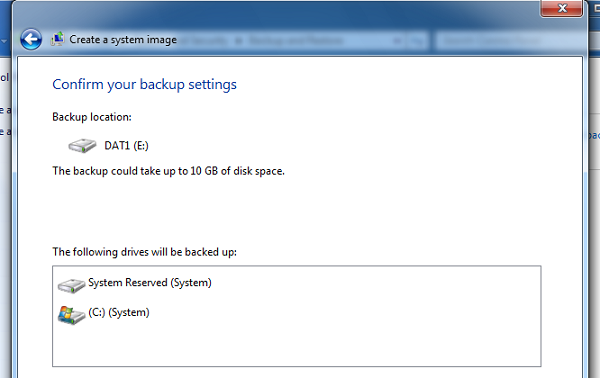 You will be asked to ‘Create a system repair disc’ do so unless you already have a disc, without the repair disc you will not be able to restore the system. 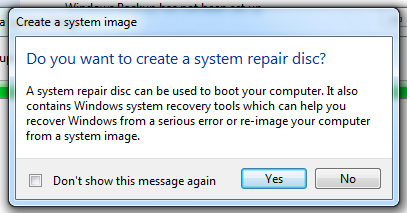 There is no option to save the image to an ISO you will need a blank CD. Save the disk otherwise you will not be able to restore the image until you make one in a working system. You cannot use a disc created on a X86 system to restore an X64 image and vice-versa(architecture matters). Insert the blank disc and press on Create disc. 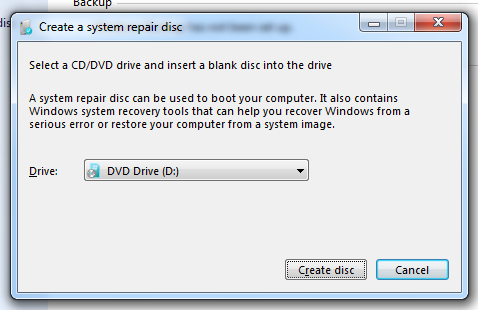 The result was an image that weights around 9GB in size

Pretty easy to accomplish, with a few clicks you were able to create an exact image of your system drive that may come in handy at some point. The second portion of this tutorial will cover the Recovery process. How To ‘Create A System Image’ In Windows 7 - Part 2